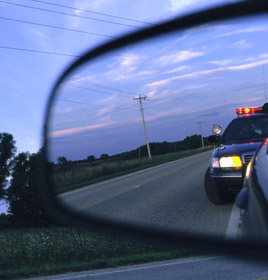 Civil rights are our freedom to be free from unlawful discrimination, prejudice, and government oppression. A civil rights case may involve police brutality, excessive force, harassment, employment discrimination, or denial of housing based on race, gender, ethnicity, or familial status.

Under the California Fair Employment and Housing Act (“FEHA”), a prospective landlord cannot refuse to rent a unit based on the prospective tenant’s race, creed, color, national origin, ancestry, physical disability, mental disability, mental condition, marital status, sex, age, or sexual orientation. For example, a landlord may not refuse to rent to a woman that is pregnant on the grounds that a baby would bother the other tenants.

All too often we hear stories about police beating unarmed citizens or using other types of excessive force during routine traffic stops or in connection with searches incident to minor violations. While most police are well-trained and fulfill their oaths to serve and protect, there are those that abuse the power bestowed upon them. Whether a police officer is guilty of using excessive force is a fact-based question that is analyzed on a case-by-case basis. A few guidelines are listed below:

Call our Bay Area police brutality lawyers if you have been the victim of excessive force by a law enforcement officer. Some cases involve physical force, some involve shootings and deadly force by police officers. Other civil rights cases involve citizens being subjected to the improper or unwarranted use of Taser guns or other weapons. While Taser guns are meant to apprehend suspects without injuring them when used excessively, or without proper training, or without proper cause, use of a Taser can be unlawful and even deadly.

Even in instances where criminal charges have been filed or there are claims that a suspect resisted arrest, the suspect may be entitled to damages. Police officers that engage in bad faith altercations with citizens or conduct unlawful detentions cannot later claim that a person was resisting arrest in order to justify unlawful actions after the fact. While it is important to cooperate with police officers when you are stopped, you should also follow up with an attorney if you feel that the stop was unwarranted or that the officers used unjustified force of any kind.

A Claim Must Be Filed Within Six Months

In order to preserve your state law claims, a claim against the responsible government entity generally must be filed within six months of the incident. You must also leave time for your attorney to investigate and draft the claim.

If you believe that you have a case involving excessive force or a discrimination claim against a government entity, it is important that you Contact an attorney immediately. Even if your incident or injury occurred over six months ago, you may still have valid federal claims, so it is best to contact an attorney for advice. You can also schedule a free initial consultation by calling us at 415.835.6777.

Reference our Client Testimonials page to see the outstanding results we have obtained in our Civil Rights practice.