Vallejo Police Department shot a man in a Taco Bell parking lot this weekend.  Willie McCoy was asleep and unresponsive in his vehicle at the time police made the initial contact.  Mr. McCoy had a weapon on his lap.  Police claim that when they woke up Mr. McCoy, he reached for his gun and the police shot him.  There are a number of questions that come to mind.

Did Vallejo PD call out a SWAT team?  How long were the police on-scene before they made the decision to wake up Mr. McCoy?  How close to Mr. McCoy’s vehicle were they when they woke him up?

Here, the suspect was asleep.  Mr. McCoy was not actively resisting or evading arrest.  Any time, someone is jolted out of their sleep, they are going to move.  Movement should be expected.  This also was not a situation where the police had to make a split-second decision.  Since Mr. McCoy was asleep, there was time to consider the safest way to wake him and take him into custody.  A thorough investigation must be conducted to determine these facts.

A couple of things need to happen immediately in this case.  The video footage at the Taco Bell and of the officers’ body cams and dash-cams need to be preserved.

Bracamontes & Vlasak civil rights lawyers are experienced in police cases and litigating police cases through trial. We are committed to ensuring that families obtain justice. You may contact attorney Michael Bracamontes at mbracamontes@bvlawsf.com (415) 835-6777 x101 in our San Francisco law office for a free, strictly confidential legal consultation. 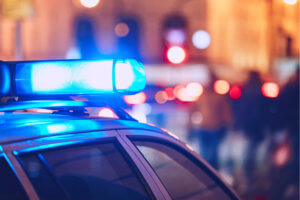 Bracamontes & Vlasak, P.C., is a San Francisco litigation practice for plaintiffs. We focus on the rights of individuals and families, whether as injury victims, employees, tenants, consumers or citizens. We fight so that you don't have to.