Most importantly, AB 5 codifies the ‘ABC Test’ for worker classification in the state. To lawfully classify an individual worker as an independent contractor in California, a hiring entity (employer) must establish the following three things:

AB 5 is a complicated law. There are certain exceptions contained within the legislation and additional reforms were recently passed to make the law work better. For example, there are some unique rules in place for rideshare drivers.

Still, the law provides strong protections to individuals classified as independent contractors. An employer must comply with the requirements of the ABC Test or re-classify the worker as an employee. If you believe your workplace rights were violated under AB 5, a San Francisco employment attorney can help.

Speak to an Employment Lawyer in the San Francisco Bay Area

At Bracamontes & Vlasak, our California employment lawyers have a deep understanding of the rules and regulations that protect your rights. If you have any questions about California’s new employment laws and independent contractors, we can help.

Contact us today for a fully confidential review of your employment law case. We represent workers throughout the San Francisco Bay region, including in Oakland, Alameda, Sunnyvale, San Mateo, and Daly City. 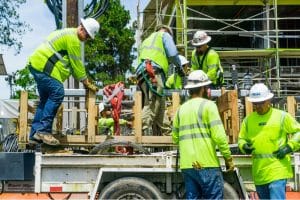