The National Highway Traffic Safety Administration (NHTSA) reports serve as another unfortunate reminder of how often excessive speed causes serious accidents. For some, this may seem like common sense but when you look at the data on how speed corresponds not only with more serious injuries but also more accidents, it is eye-opening.

In this article, our Oakland, CA auto accident lawyers highlight the dangers of excessive speed.

The National Highway Traffic Safety Administration (NHTSA) reports that speeding is one of the primary dangers on American roadways. Based on its more recent evaluation of traffic data (2018), NHTSA estimates that speed is a factor in more than 1 in 3 serious motor vehicle collisions in the United States. Nearly 10,000 people are killed in excessive speed accidents each year. Many tens of thousands more suffer severe harm. Speeding increases risk in two separate ways:

● Excessive Speed Causes More Accidents: When drivers speed, they are more likely to be involved in a crash. The reason for this is not surprising: As a vehicle’s speed increases, the driver’s margin of error decreases. A driver who might have three seconds of time to react to a sudden safety hazard at 50 miles per hour may have just a fraction of a second to react when going 80 miles per hour.
● Excessive Speed Causes Serious Injuries: Beyond increasing the risk that a crash will occur, speed also increases the risk that the crash will be especially severe. The faster a vehicle is traveling, the more likely an occupant is to be catastrophically injured or killed in a resulting crash. The risk is not necessarily linear. A driver who gets into a crash going at 85 miles per hour may be far more likely to suffer serious injuries than a driver who gets into a crash going 55 miles per hour.

In addition, the NHTSA released a report recently showing U.S. roads are noticeably more dangerous in the COVID era than they were before. For all road users, the number of people who died who tested positive for alcohol went from 21.3 percent before March 16 to 26.9 percent during the COVID-19 public health emergency (NHTSA’s data collection for this study ended in mid-July 2020).

The presence of cannabinoids went from 21.4 to 31.2 percent. Opioids? From 7.6 to 12.9 percent. Overall, vehicle drivers showed “significantly higher overall drug prevalence during the public health emergency with 64.7 percent testing positive for at least one active drug compared to 50.8 percent before the public health emergency began,” NHTSA said. When broken down by sex, males were more likely to have positive results in any of these three categories than females. Also, positive rates were higher on weekends than weekdays.

A driver who is speeding or under the influence is putting themselves, their passengers, and other people at serious risk. Speeding is negligence. If you were hurt in a crash with a motorist who was going at an excessive rate of speed, you can hold them legally liable for your injuries, including for medical bills, lost wages, pain and suffering, and other damages.

Get Help From a Car Accident Lawyer in Oakland

At Bracamontes & Vlasak, our Oakland auto accident lawyers fight for justice and compensation for victims and their families. We know how to handle insurance adjusters. If you or your family member was injured in a speed-related crash, our law firm is more than ready to help. Contact us now to arrange your free consultation. We represent car accident victims in Oakland, Alameda County, and throughout the wider San Francisco Bay region. 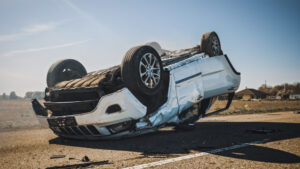