According to a report from Reuters, the 9th U.S. Circuit Court of Appeals has ruled in favor of employees in a dispute over the validity of California’s bar on forced arbitration provisions in most employment contracts. In the case of Chamber of Commerce of the US, et al v. Rob Bonta, et al, the appeals found determined that California’s state law does not violate the Federal Arbitration Act. Here, our Oakland employment law attorneys provide a more detailed overview of the decision.

In 2019, Assembly Bill 51 (AB 51) was signed into law by California Governor Gavin Newsom. The law, which was initially scheduled to take effect on January 1st, 2020, barred mandatory arbitration provisions in most employment contracts in the state. California’s arbitration is much broader than other states, which only ban mandatory arbitration for sexual harassment cases.

The legislation faced significant opposition from employers and business interests groups. A lawsuit was quickly filed and the implementation of California’s prohibition on mandatory arbitration provisions in employment agreements was delayed.

The Chamber of Commerce and other business interests groups challenged AB 51 on the grounds that the California state statute violates the Federal Arbitration Act (FAA). A California court ruled for the Chamber of Commerce. United States District Court Judge Kimberly Mueller found that the penalties, both civil and criminal, included within AB 51 violate the federal FAA. In her opinion, they pose an unlawful obstacle to the federal policy favoring the use of arbitration agreements. In other words, Judge Mueller determined that California’s law was preempted by federal law. Judge Mueller issued an order blocking AB 51 from taking effect in California.

In a two-to-one decision, the Ninth Circuit Court of Appeals overturned the judicial order blocking California’s prohibition on mandatory arbitration provisions in employment contracts. The court ruled that California’s law is not preempted by the Federal Arbitration Act because it is not a total ban on arbitration for employment disputes. Instead, the law merely requires mutual consent for arbitration between employers and employees.

The decision in favor of workers from the Ninth Circuit may not be the last step in this employment law dispute. A circuit split now exists on this matter. Two other federal appeals courts took the opposite view on a similar matter. California’s state ban on mandatory arbitration in employment contracts may be headed to the Supreme Court of the United States.

If you have decided not to sign an arbitration agreement and have been terminated by an existing employer or refused a position you were otherwise offered, you should speak with an employment attorney to know your rights in this changing and complex area of law.

At Bracamontes & Vlasak, our California employment attorneys possess the professional experience and legal expertise that you can rely on. If you need more information about mandatory arbitration proceedings, we are more than ready to help. Get in touch with us today for a completely confidential case review. We represent employees all over the Bay Area, including in Oakland, San Jose, Daly City, Palo Alto and San Francisco. 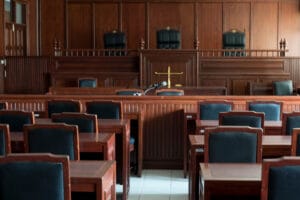