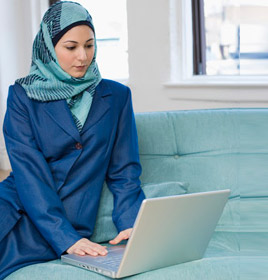 With the recent political climate and threats of terrorism, it is important that as citizens and lawyers we uphold the state and federal constitutions. Citizens of the United States are entitled to equal and fair treatment under the law regardless of nationality or religion-that means fair treatment at work, at home, and in interactions with the government and police.

Protecting The Rights Of Bay Area Muslims And Arabs

It is an unfortunate reality that many people discriminating or harassing Arab or Muslim Americans may not even know the difference.

What Constitutes Muslim Or Arab Discrimination Or Harassment?

The federal and state constitutions and numerous statutes protect Americans from being discriminated against or harassed because of their national origin or religion.

The employment and civil rights lawyers at Bracamontes and Vlasak understand how to maximize recovery for California plaintiffs who have suffered Arab or Muslim discrimination or harassment. Don’t let yourself be the victim of stereotypes and ignorance.

Call BV Law today for a free consultation about your Arab or Muslim discrimination case. You can also call us at 415.835.6777.

See our general employment practice page for more information on harassment and discrimination. For examples of the outstanding results we have achieved for Bay Area plaintiffs in national origin discrimination cases, see our client testimonials.