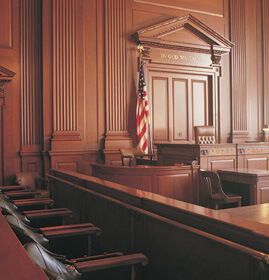 Bracamontes & Vlasak, P.C., stands up for all workers. On a regular basis, we represent Middle Eastern clients who have unfortunately been discriminated against or harassed because of their national origin or heritage. It’s a sad fact of American culture that although we have the best federal constitution in the world, not all Americans live up to it. This can especially be true when international relations become strained with other countries in the Middle East, such as Iran, Iraq or Afghanistan.

Luckily, in the United States and in California, individuals’ rights do not fluctuate with the contingencies of international relations or related public sentiment — no matter where you’re from. BV Law takes pride in enforcing federal and state laws that make this country great and equal for all.

Under California’s Fair Employment and Housing Act (FEHA) and federal Title VII, you may have grounds for a lawsuit if you suffered disparate treatment in employment, such as:

We also represent Middle Eastern individuals who have suffered workplace harassment or religious discrimination because of their Islamic beliefs or perceived identity as an Arab and/or Muslim.

Protecting The Rights Of All Workers

Harassment or discrimination based on national origin or ethnicity can be particularly insulting because it goes to who you are as a person and is most often the result of the ignorance or misplaced anger of others. It’s especially frustrating when such harassers have power and an economic advantage over you. At BV Law, we understand that and can formulate the smartest game plan for your situation, considering all the factors and circumstances.

If you have suffered Middle Eastern, Iranian or Persian discrimination at your workplace, contact BV Law for a free consultation with an experienced San Francisco employment lawyer. We are also available by phone at 415.835.6777.