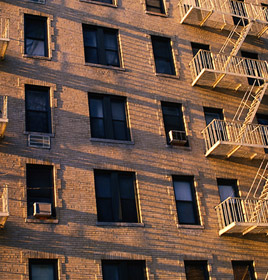 When fires occur in multi-unit Oakland apartment buildings and warehouses, victims need attorneys experienced in both landlord-tenant and personal injury law. Injuries due to smoke inhalation can be complex and severe. Depending on the nature and scope of exposure to smoke and other toxins being burned in a fire, injuries can become more severe after victims escape, often requiring life-saving medical intervention hours after escape from a building.

Discerning all of the applicable building, housing and fire code requirements of an Oakland building involved in a fire often requires retaining code experts and understanding the history of the building at issue. Many times, construction or renovation can trigger new code requirements or fire suppression systems, such as sprinklers. In cases where cause and origin cannot be determined, there are often other grounds for liability, such as lack of sufficient egress or fire suppression systems like working smoke detectors, carbon monoxide detectors, or building fire alarm systems.

BV Law has been retained on the majority of large fires in the Bay Area in the last ten years, including the Berkeley Wooden Duck fire in April 2014, San Francisco Mission Fire in January 2015, and the Oakland Ghost Ship Fire in December 2016, both for survivors and families of those who lost their lives. We also have substantial experience representing businesses with long-term commercial leaseholds that have been put out of business or suffered lost profits from fires.

In the Bay Area, Oakland, San Francisco, and Berkeley, each have separate and distinct municipal rent control ordinances that any attorney handling a large residential fire case must understand thoroughly. In cases involving injury or death, victims need attorneys who understand the complexity and severity of injuries from fire or smoke inhalation and who know the right experts to retain for the case. BV Law has handled cases involving several Oakland fires in the last decade as well as other East Bay fires.