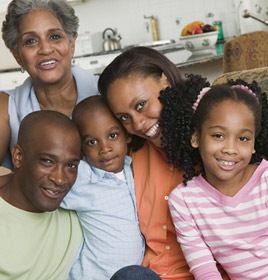 Volatile organic compounds (VOCs) are found in substances such as paints, paint strippers, polyurethanes, aerosol sprays, solvents, and cleaners. While these substances may be safe when used properly, they can be very harmful and cause severe injury when instructions are not followed.

Lawsuits arising from VOC exposure typically involve landlords, contractors and/or handymen (subcontractors) who do not follow instructions or proper protocol for application of substances containing VOCs. Believe it or not, this can happen often due to owner/contractor/subcontractor negligence in applying potentially harmful substances in the home.

For example, when applying polyurethane coatings to flooring, ventilation and notice to tenants is paramount to tenant safety. Contractors or landlords not following protocol may be liable for tenant or third party injury resulting from failure to properly notify occupants or ventilate the premises.

Symptoms of excessive VOC exposure include the following:

VOC Experts And The Importance Of Finding The Right Attorney

VOC exposure cases can be difficult and expensive to prove. Accordingly, it is paramount to find the right attorney who knows the symptoms and how to prove causation. Most often, these cases will require several experts, including a pulmonologist, dermatologist, toxicologist, neurologist, property manager and/or a flooring/construction expert. As is often the case in toxic tort cases involving severe and debilitating injuries but complex issue of liability and causation, in VOC exposure cases you will need the right attorney to rule out alternative sources of exposure, in order to win your case and maximize recovery.

Also, it is important to find the right attorney who knows the law regarding theories of liability against all culpable parties, including owners, contractors, subcontractors and/or day laborers.

“At common law, a person who hired an independent contractor was generally not liable for injuries suffered by third parties caused by the contractor’s negligence in performing the work.” Koepnick v. Kashiwa Fudosan Am., Inc., 173 Cal. App. 4th 32, 36 (2009). An exception to this rule is the doctrine of nondelegable duties. Id. “Under this doctrine, a landlord cannot escape liability for failure to maintain property in a safe condition by delegating such duty to an independent contractor.” Srithong v. Total Inv. Co., 23 Cal. App. 4th 721, 726 (1994).

In Dow, the plaintiffs sued Bledsoe, a general contractor, for wrongful death of three family members arising from carbon monoxide poisoning from a malfunctioning gas heater. 49 Cal. 2d at 722. The gas heater was installed by a subcontractor hired by Bledsoe. Id. The court held that a general contractor, “equally with the owner of the property, has supervision over the entire building and its construction, including the work performed by a subcontractor, and where he negligently creates a condition, either by himself or through a subcontractor, he is primarily responsible for that condition and the consequences that may follow from it.” Id. at 725. Accordingly, it was “immaterial” whether the subcontractor “was an employee of Bledsoe or an independent contractor,” as Bledsoe had a non-delegable duty of performing the construction work in a safe and adequate manner. Id. at 728; see also Acosta v. Glenfed Dev. Corp., 128 Cal. App. 4th 1278, 1298 (2005) (general contractor’s “supervisory obligation is a non-delegable duty and cannot be avoided by entrusting it to an independent contractor”).

In Blew, the plaintiff was hired by Symons, a subcontractor who was hired by the defendant, Horner, a general contractor. 187 Cal. App. 3d at 1383. Symons did not have workers’ compensation insurance and was not licensed. Id. The trial court held that, because Symons was not licensed, “defendant Horner must be deemed the employer of both Symons and plaintiff.” Id. The Court of Appeal affirmed. Id. at 1384-85.

At BV Law, we have had success litigating VOC exposure case and know how to maximize recovery, by asserting all relevant personal injury and landlord-tenant causes of action, when relevant and applicable. We also know, as demonstrated above, how to impute liability to all potential defendants. See our Firm Results page for examples of our success in litigating polyurethane exposure cases in California.